On 10 December, the policy and advocacy workshop “Tax Justice and Poverty” was held. This event was co-organised by JESC, COMECE – The Catholic Church in the EU and the Jesuits in Europe and Africa with the participation of representatives of the EU institutions as well as tax experts from development organisations from all over the world.

The discussion was based on the 2012-17 research report by the Jesuit Mission, the Jesuit Centre for Theological Reflection in Lusaka and the Jesuit Hakimani Centre in Nairobi.

An important topic discussed was that Africa loses more in illicit financial outflows than the amount received from ODA and FDI. 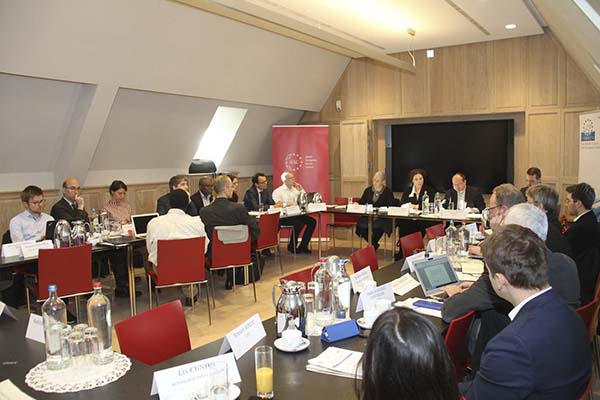 The value of the Church’s contributions in the struggle to obtain more fiscal justice in order to fight poverty does not lie so much in the presentation of brilliant social and legal analyses. The church’s role has been to remind people of the ultimate goal of all economic, social and political means:

-to increase the well-being and dignity of all human beings,

-to assist  everyone in developng their abilities and allow their active participation in the human effort to build our Common Home for us and the generations to come.

THE RUSSIA—UKRAINE WAR: IMPLICATIONS FOR AFRICA

In recent weeks, I have been teaching a course in the School of Humanities and Social Sciences called Introduction to International Relations. And in the

By Charlie Chilufya, S.J Tomorrow, YouTube Originals will release the grand documentary film, The Letter, telling the story of the Laudato Si’ encyclical letter and the unfolding ecological emergency of our time and how it

We Met Pope Francis, Our Hearts were Burning Within Us!

By Mwansa Chalo, My name is Mwansa Chalo, a young African economist and entrepreneur participating in the Economy of Francesco 2022 event in Assisi, Italy.  Looking

By Charlie Chilufya, S.J More than a dozen young changemakers under the aegis of JENA are participating in the Economy of Francesco (EoF) 2022 event. The 22nd to 24th September

The Economy of Francesco 2022 event is here! It happens after three years of life, work, waiting, projects, proposals, desire; after two years of a

A Just Transition for Africa: Mining for Climate Change Mitigation

By Bryan P Galligan, S.J In early June 1972, world leaders met in Stockholm, Sweden for the first-ever global conference on the environment and sustainable

By Charlie Chilufya, S.J. During this Week of the Environment, from the 30th of May leading up to the 5th June, the World Environment Day, nations of the